I have just completed a Research Study with a group of people who were attending a Pain Management Program at one of our major health organizations. Most of them were in chronic pain and had undergone surgery, or some other sort of invasive procedure, that hadn’t worked. They couldn’t authentically laugh. In fact they could hardly laugh at all. And when they did it hurt.

By using the Laughter Quotient Voice App, I could analyze each person’s laughter to find out what was missing or out of alignment. I could not only listen to but also observe their laughter as a visual graph. The data never lies.

The final part of the puzzle was to then make them aware of my findings and observations, and get them to change their laughter accordingly. This is when the magic happened, as they started to reconnect to their authentic laughter.

The outcomes were profound in regards to the changes that occurred in the decrease of pain they were experiencing, along with the increase of their pain threshold.

So here’s some tips as to how the Laughter Quotient works for helping people dealing with pain.

1. Endorphins. These are our body’s natural painkillers. According to Dr Craig Hassad, in his book The Essence of Health, endorphins are 100 times more powerful than morphine. When we laugh endorphins are released but exactly how many is hard to measure.

2. Dopamine. This is the reward drug. Every time the people would laugh they would get a signal that said to them “Well done. Why don’t you do that again”. The only signal they were used to getting was one that said “Ouch that really hurt, so stop it now”.

3. Serotonin. This combats stress and reduces the amount of cortisol in our bodies that builds up over time. The stress that pain causes can be constant and extreme.

4. Oxytocin. Often referred to as “the love drug”, it is released whenever we feel appreciated or grateful. This influenced the types of laughter exercises that we used. I can highly recommend the book The Moral Molecule by Paul Zak that discusses this in detail.

5. Melatonin. All of the people recorded issues with getting to, and staying, asleep. They all reported better sleep patterns over the period of the program even though this was not one of the measures that were officially recorded. Bonus!

If you have any further questions regarding the Laughter Quotient then please feel free to email me at merv@mervneal.com at any time. Merv Neal is a Laughter Yoga Master Trainer, CEO of Laughter Yoga Australia and New Zealand, and Director of Holistic Services Group. He has successfully owned and operated his own businesses for more than 43 years. He has created a Laughter Yoga Business Training Program, as well as the Business Mentors and Coaches Program, to help others to take laughter to commercial organizations, and/or to create a laughter business of their own. More information can be found at http://www.laughteryogaaustralia.org or http://www.mervneal.com. He can be contacted on 0408552269 or merv@mervneal.com 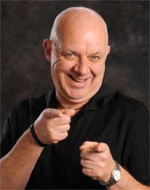